MSRP:
Our Price: Sale: $18.99
Regular:
— You save
Frequently bought together: 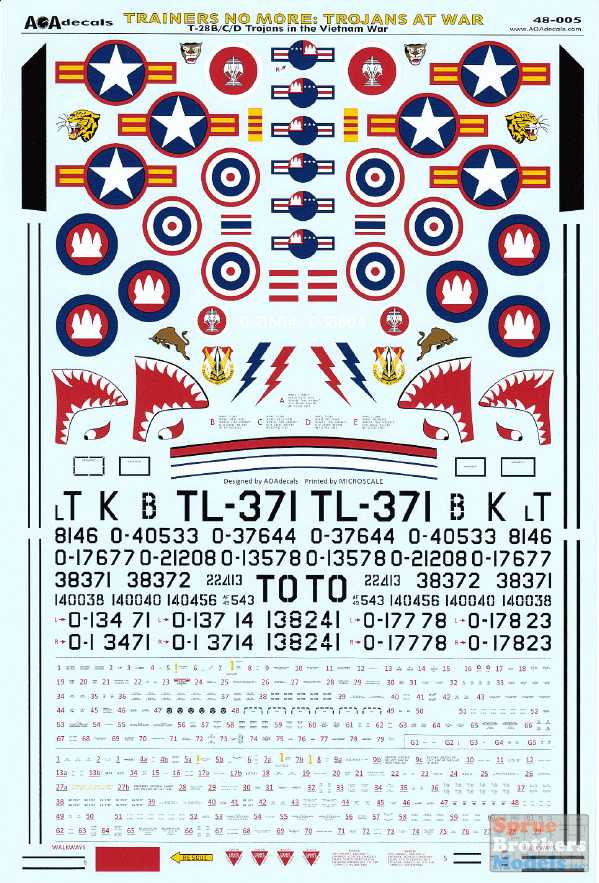 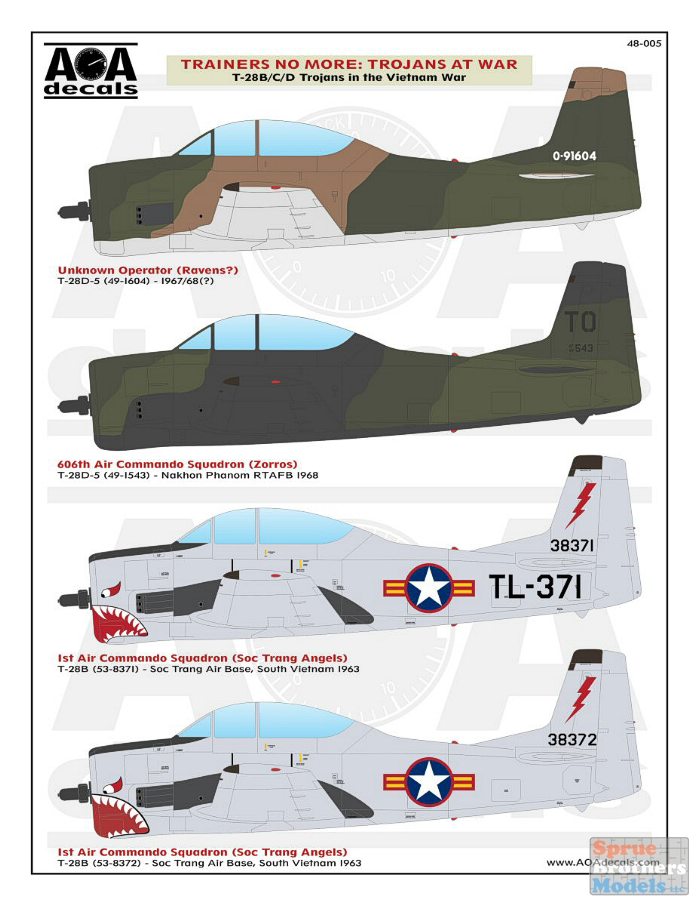 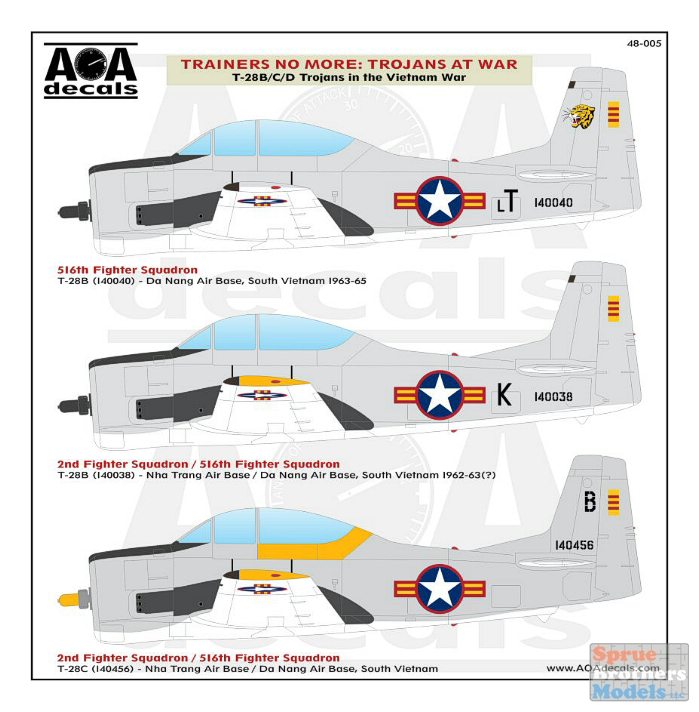 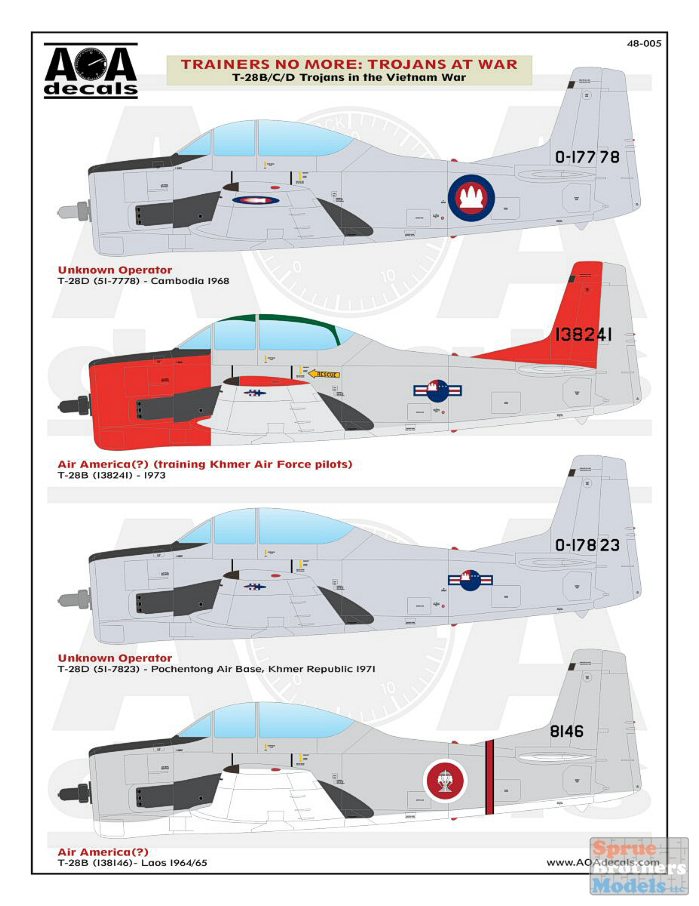 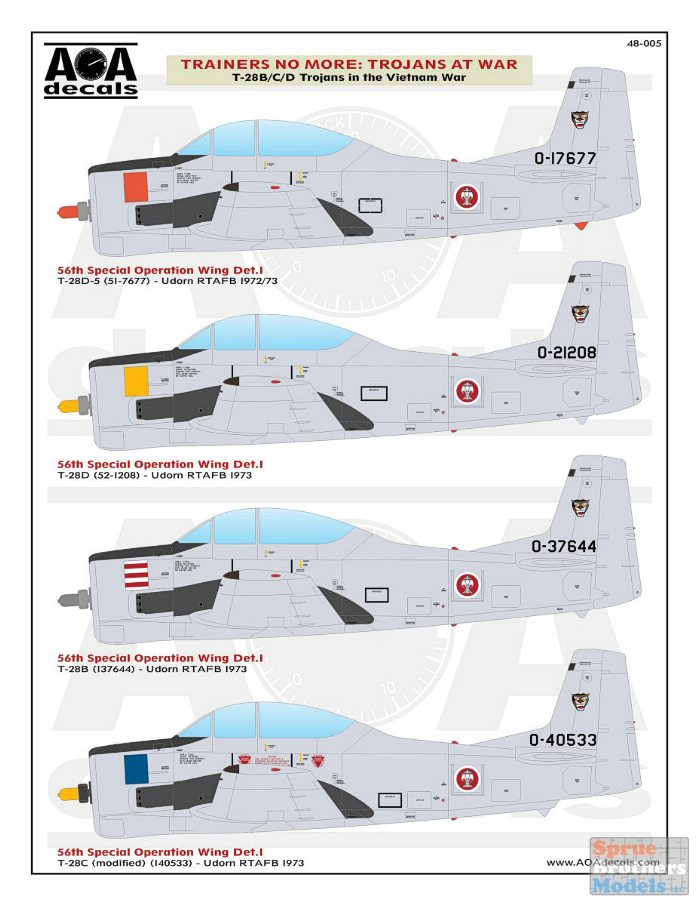 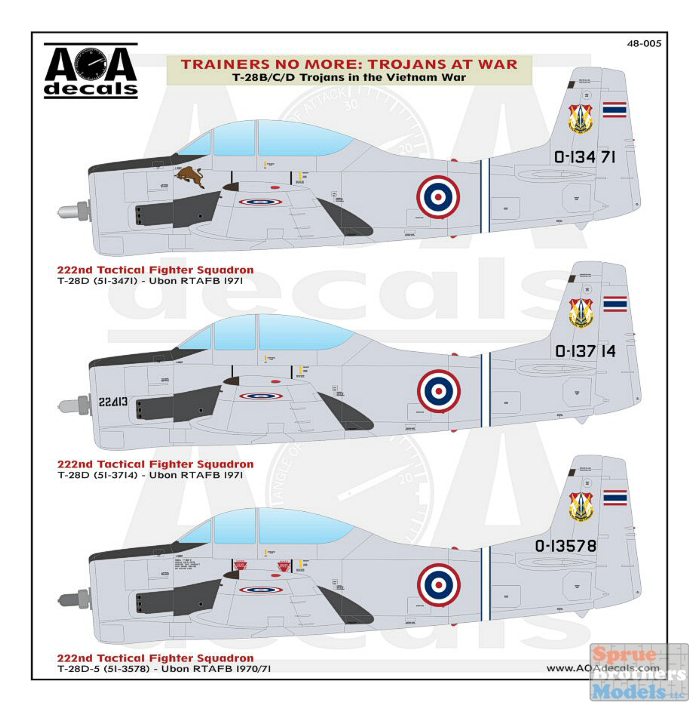 Important Notes!
Unfortunately the two "VNAF" (US) 1st Air Commando shark-mouthed schemes have some color uncertainty. At the time of printing, of the approximately 30 photos available of their aircraft, all except two were black/white - and of those two in color, in one that specific aircraft didn't have the lightning bolt on the tail and the other didn't have the sharkmouth.

(a) Various written accounts conflict regarding the lightning bolt color: light blue, blue, and red were all described. In the black/white photos the bolt appears very dark in comparison to the color of inside of the eyes, which is known to be red from the color photo. One early color photo shows a red bolt, but it's not clear if they were standard. Therefore, both red and dark blue bolts are provided as decals.

Although none are specifically marked with the US national insignia, many of these were also US operated/maintained under the disguise of other nationalities as part of the "secret" war outside of Vietnamese borders.

MSRP:
Our Price: Sale: $15.99
Regular:
This sheet provides the extensive F-4 Phantom airframe data (including panel numbers/labels) for either an F-4B or F-4J. The airframe data provided is the painted (open stencil) type of...

MSRP:
Our Price: Sale: $11.99
Regular:
Markings for the CO jet including markings from OIF, plus 3 line jets

MSRP:
Our Price: Sale: $19.99
Regular:
This sheet in the USAF Wing series with the 388th/419th FW and their F-16C Block 40s from Hill AFB. This sheet has been a LONG time in the works, and is as comprehensive a release as has ever been...

MSRP:
Our Price: Sale: $11.49
Regular:
This sheet provides the A-4 Skyhawk airframe stencils for one aircraft in the high-visibility Navy light grey/white camouflage scheme. The Skyhawk's stenciling varied (even from aircraft to aircraft...

MSRP:
Our Price: Sale: $14.99
Regular:
Markings for the the 11th Air Force flagship and the 3rd Wing flagship from Elmendorf AFB as well as the 18th Wing and OG flagships from Kadena AB, Okinawa. Stencils for 2 aircraft, sized for the...