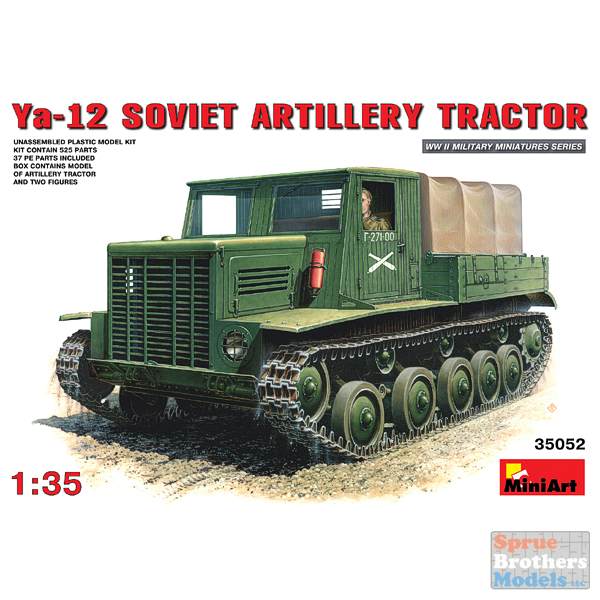 YA-12 �?? light artillery tractor, which were developed by NATI designers and launched at the Yaroslavskiy Avtomobilniy Zavod YaAZ �?? Yaroslav Automobile Plant.

Firstly was developed YA-11 tractor but Gorkovskiy Avtomobilniy Zavod GAZ �?? Gorky Automobile Plant could not produced the required quantity of engines for the YA-11 and production had to be stopped.

In 1943 Soviet Union had received large quantities of the U.S. made GMC-4-71 4-cylinder 2-stroke 110hp engine under Lend Lease Contract. The availability of these engines allowed for a renewed production of YA-11 design under the new designation YA-12.

YA-12 artillery tractors were in service of Soviet Army and Czechoslovak Army till the middle of 50�??s years.