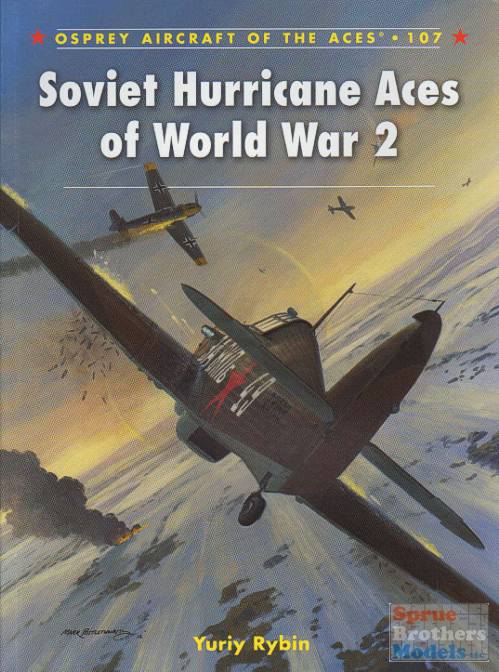 Author:Yuriy Rybin
Illustrator:Aleksander Rusinov
About this book
Following the destruction wrought on the Red Army Air Forces during the first days of Operation Barbarossa in June 1941, the Soviet Union found itself desperately short of fighter aircraft. Premier Josef Stalin duly appealed directly to Prime Minister Winston Churchill for replacement aircraft, and in late 1941 the British delivered the first of 3360 Hurricanes that would be supplied to the Soviet Union under the Lend-Lease agreement. Specifically requested by the USSR, the Hurricanes were quickly thrown into action in early 1942 ¨«? the Soviet Air Forces¨«? most difficult year in their opposition to the Luftwaffe. Virtually all the Hurricanes were issued to Soviet fighter regiments in the northern sector of the front, where pilots were initially trained to fly the aircraft by RAF personnel that had accompanied the early Hawker fighters to the USSR. The Hurricane proved to be an easy aircraft to master, even for the poorly trained young Soviet pilots, allowing the Red Army to form a large number of new fighter regiments quickly in the polar area. In spite of a relatively poor top speed, and only a modest rate-of-climb, the Hurricane was the mount of at least 17 Soviet aces.
Contents
Paperback; August 2012; 96 pages; ISBN: 9781849087414

MSRP:
Our Price: Sale: $39.49
Regular:
Book, soft cover, 144 pages with more than 600 images in full color. The First World War caused an advance in unprecedented weapons: the armored vehicle, the flamethrower, the tracer bullets, the...

MSRP: $30.00
Our Price: Sale: $26.99
Regular:
90 pages; softbound by Colin Ovens Consider the title "Royal Air Force Transport Command"... to many readers this may prompt images of huge formations of Dakotas, disgorging paratroops over...

MSRP: $40.00
Our Price: Sale: $35.99
Regular:
By Jake Melampy Softbound 177 pages Full color photography The original Super Hornet Guide, published in 2011, was sold completely out of stock in a shocking three years, and has...

MSRP:
Our Price: Sale: $23.99
Regular:
Book Features: The book begins with a general description of the three major paint schemes applied to the Cougar during its history. The overall Gloss Sea Blue scheme had been in place since 1944...