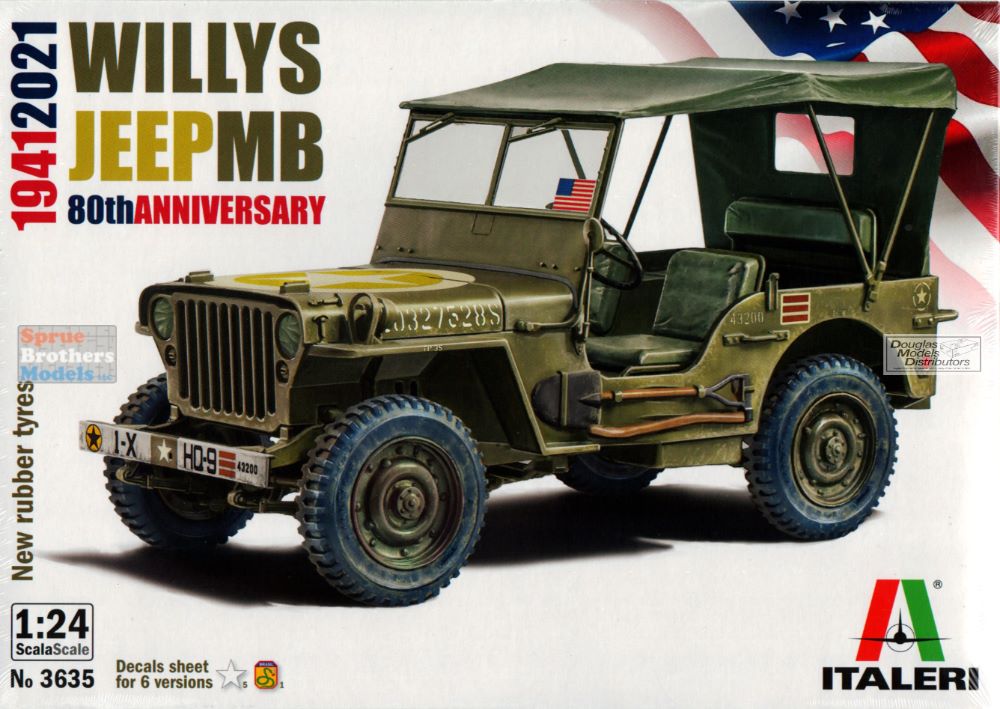 In 1940, after World War II had broken out, the US general staff ordered various factories to design a light multi-purpose vehicle with all-wheel drive. The American Bantam Company, Willys Overland, and Ford Motor Co. competed with each other.Willys prototype was chosen, which, after an initial run of 1500 vehicles, went into mass production at the beginning of 1941 and reached a total output of 640.000 units out of which 277.000 pieces were produced by Ford under a licensing agreement. This shows that the Jeep was the most widely produced light vehicle of the war industry during World War II.

MSRP: $65.00
Our Price: Sale: $55.49
Regular:
The "Land Rover" was certainly one of the best known symbols of "made in England" on 4 wheels and is in fact a milestone in the history of off-road vehicles. It was born immediately after the war,...