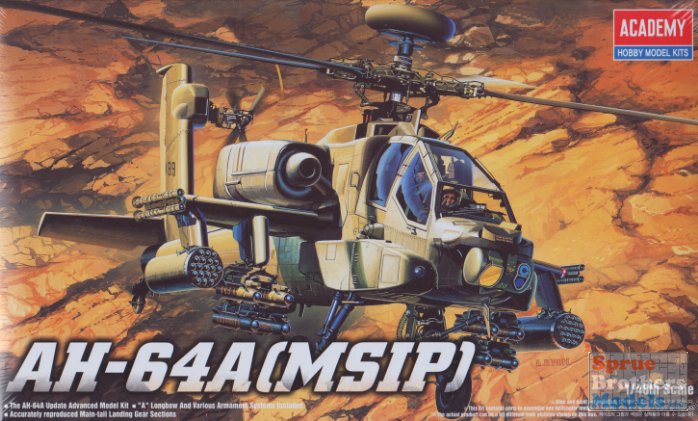 When the AH-64A Apache entered production in 1983, the publicity releases described its mission as "Built to Fight, Designed to Survive".

Armed with the Hellfire anti-tank missile system, its rapid-firing 30mm chain gun and Stinger missiles, the Apache proved its superiority in the attack role under the harshest of conditions. The TADS/PNVS system with its bug-eyed sensors gave the AH-64A its night vision and its odd appearance.

MSRP: $35.50
Our Price: Sale: $30.49
Regular:
The most easily observable difference between the "A" and "D" versions are the larger avionics bays on both sides of the nose. These larger housings provide the room for much more sophisticated...

MSRP: $98.00
Our Price: Sale: $82.99
Regular:
The most technologically advanced modern fighter on the planet is finally available in our legendary 1/48 Aircraft Series. Thanks to extensive research, the A variant of the Lockheed Martin F-35...