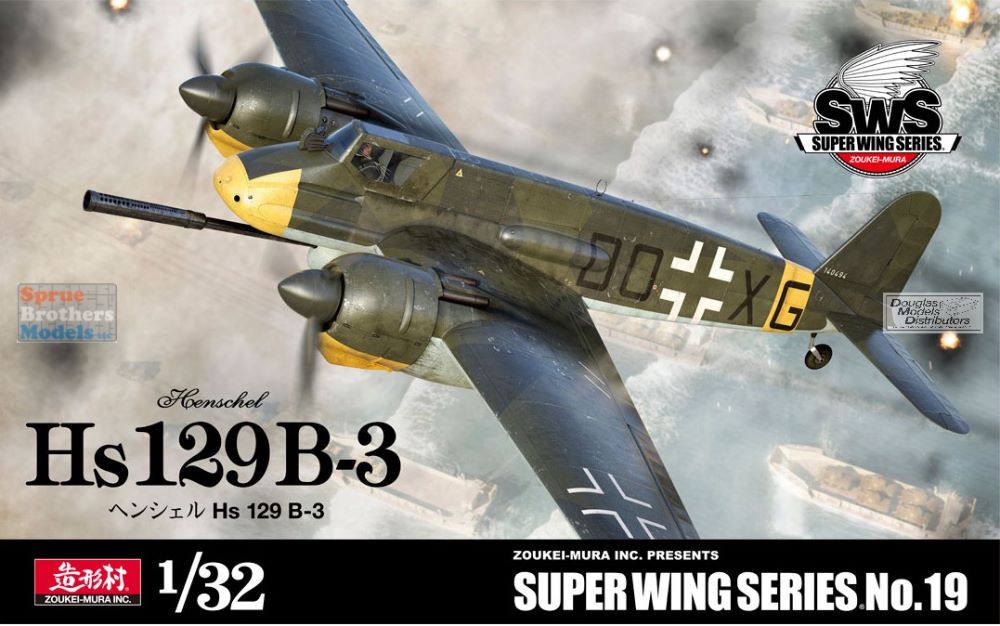 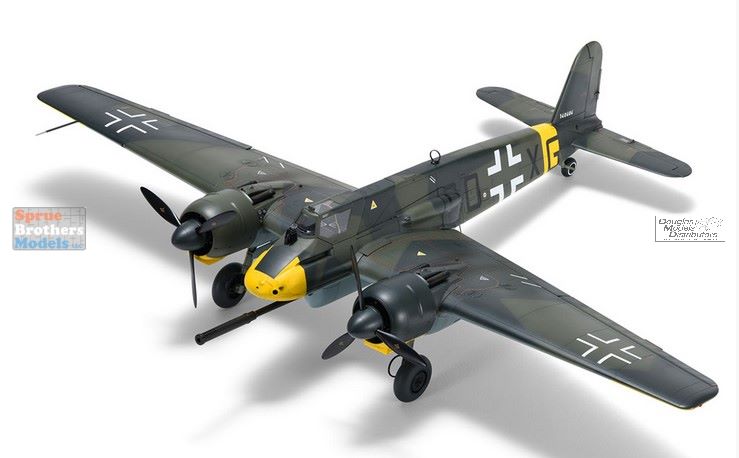 The Henschel "Hs 129" is a tank buster that was equipped with powerful ground-attack weapons and destroyed the influx of Soviet tanks during World War II. As for the performance of the aircraft, it is a twin-engine but compact with a total width of 14.2 m and a total length of 9.75 m, and the engine is a weak French-made Nome Lawn "14 M" 14-cylinder double-row radial air-cooled engine (700hp) x 2. The cruising range is 880km, which is not much different from the "Bf 109". The maximum speed was 407km / h, which was not high at all, but it was highly trusted by pilots that it was easy to handle due to the fact that the development purpose was narrowed down to ground attacks and the maintainability was good.

Also, due to its peculiar outer shape, some kits have been released for a long time, but 1/72 was the center, and the outer shape was merely shaped. What is the essence of "tank buster" revealed in the SWS kit? Let's take a closer look at the structure of the "Hs 129" and its functions.

MSRP:
Our Price: Sale: $48.00
Regular:
Your dream of adding the 1/48 Ta 152 H-1 to your collection is about to come true! After a total, and accurate reproduction of the external shape and internal structure of the "real thing" in 1/32...

MSRP:
Our Price: Sale: $23.99
Regular:
Colors & Markings of the A-6 Intruder in U. S. Navy Attack Squadron Service, Volume Six in the Colors & Markings Series, provides a rich, visual history of one of the most iconic...

MSRP:
Our Price: Sale: $46.99
Regular:
This is a pre-painted/pre-finished model that requires minimal assembly (if any). Adult collectible model - not intended for children under age 14.

FREE Sweatshirt with your $100+ Order

MSRP:
Our Price: Sale: $48.99
Regular:
This is a pre-painted/pre-finished model that requires minimal assembly (if any). Adult collectible model - not intended for children under age 14.