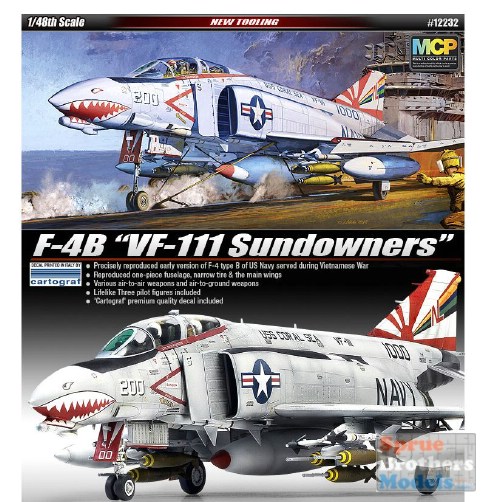 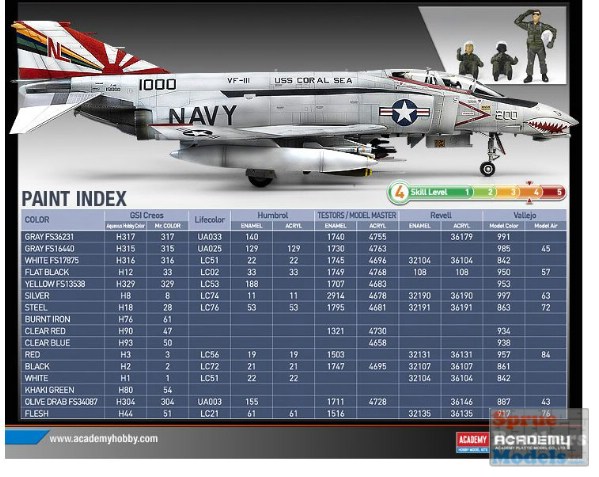 Fighter Squadron 111 (VF-111), also known as the Sundowners, was the designation held by two U.S. Navy fighter squadrons from 1942 to 1995. The first squadron, initially designated VF-11, served as an active Pacific Fleet Fighter Squadron until its disestablishment in 1959. At that time, another squadron then assumed the designation until its disestablishment in 1995. In November 2006, VFC-13 Detachment Key West was redesignated as VFC-111, taking on the 'Sundowner' insignia and callsign.

MSRP: $91.00
Our Price: Sale: $77.49
Regular:
This striking replica of the McDonnell Douglas, two seat, twin engine, all weather supersonic jet has been reproduced with impressive attention to detail.It begins with the authentic cockpit and...

MSRP: $91.00
Our Price: Sale: $77.49
Regular:
Accurate reproduction of J-Type that served during the Vietnam War Various armaments of air-to-air and air-to-ground munitions Reproduction of typical wide tire and heavy tail of J-Type ...