MSRP:
Our Price: Sale: $9.99
Regular:
— You save
Frequently bought together: 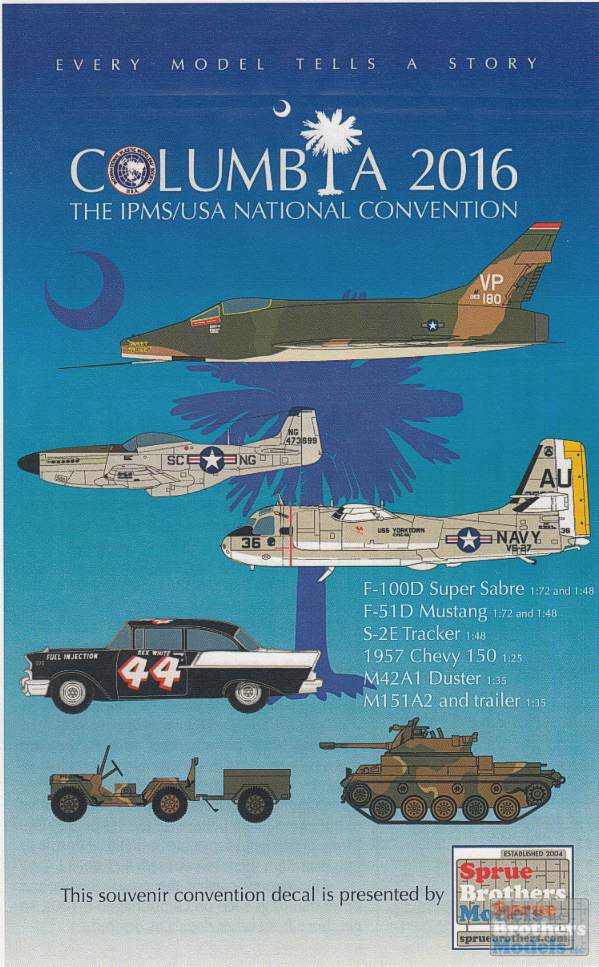 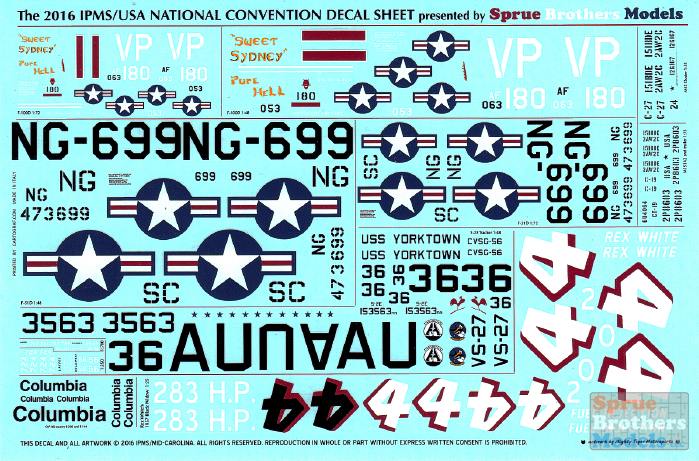 The subjects for this year's sheet. All of them have a connection to South Carolina or to the name "Columbia."

5. 1957 Chevrolet 150 "Black Widow" driven by NASCAR Hall of Famer Rex White during the 1957 NASCAR season, to fit the splendid Revell "Black Widow" kit (which, in a happy coincidence, Revell plans to reissue soon). Sheet has options for fuel-injected and carbureted versions. White's most successful years, including his 1960 championship year, were run out of the White and Clements shop in Spartanburg.

6. Fill-in names for Space Shuttle Columbia kits in 1:144 and 1:200, for kits that don't have them. Among others, it'll let you build your Hasegawa "Atlantis with Hubble" kits to depict Columbia's Hubble service mission, STS-109, in 2002.

It all comes with a full-color, eight-page booklet with little profiles of the subjects, build notes, and a little sidebar telling the stories behind each subject.

MSRP: $17.00
Our Price: Sale: $13.99
Regular:
The exploration of space is mankind's last great adventure. With man's first steps on the moon, the future of the Earth was changed forever. However the first rockets to be designed for space travel...

MSRP: $21.00
Our Price: Sale: $16.99
Regular:
Although the Space Shuttle can travel faster and father than any other aircraftyetflying, unless it is on a space voyage, it must depend on other means of transportation just to get from one side of...

MSRP:
Our Price: Sale: $24.99
Regular:
Covers F-16CG/CM jets from the 31st FW, Aviano AB, Italy. The markings are for the various Wing/OG and OSS flagships from the beginning of F-16 operations in 1994 through current...